the berlin-based creative agency triad prevailed against 26 competitors across europe and was awarded the contract by the dfb-stiftung. together with the dfb-stiftung, triad will develop, plan and realise the museum in the ruhr metropolis in terms of content, space and dramaturgy.

over three floors, the museum in a prime location in Dortmund will be telling the story of the "football phenomenon" in a multimedia and interactive way until 2015. 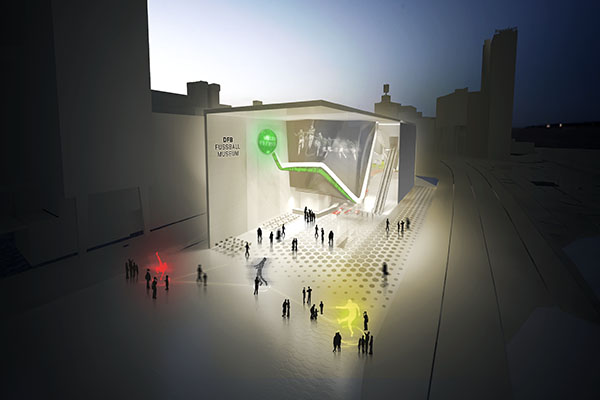